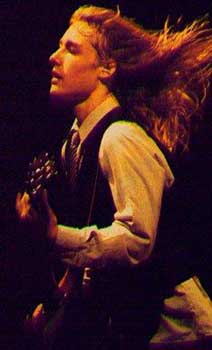 So I got a car last week, I ended up inheriting a car, which is kind of cool, but anyway, it has a tape player, which is very low quality. Anyhow, I have been going through some old tapes which have been sitting gathering dust, which may be the reason the player seems so bad.

One my favourite tapes from my youth is taped live from Triple J, silverchair playing live at the first Homebake, in heavy rain in Byron Bay.

So almost all Frogstomp material, minimal talk, which is a big difference to current day silverchair. I used to listen to this tape so much as a kid.

"You guys look good out there, there's steam coming up from the crowd. You should light yourselves on fire, then there'd be smoke too, that'd look great".

"Thanks a lot and stick around for Tumbleweed"

Some of the other tapes I have in my small collection aren't such classics, but it's funny to look back at some, especially the mix tapes. Some intriguing selections on each tape...

So I just drove down to Bega today to visit Mum and Dad. Tonight I'm going to watch the State of Origin, I'm quite excited about it, I have a good feeling about the Blues tonight.
Posted by Daniel Boyle at 11:44 PM