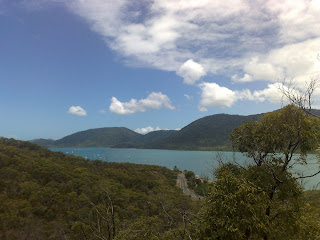 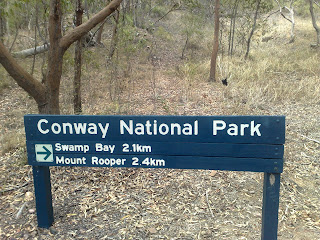 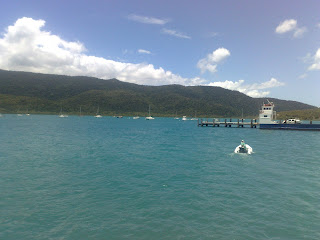 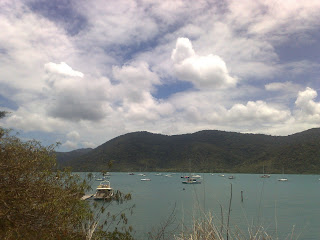 I went on my first serious explore around the area yesterday. I jumped on the bus down to Shute Harbour, which is where the ferries leave to go to Hamilton Island and some of the other islands. It costs around $50 for a ferry, which I find is phenomenally expensive, just like most other things in this area.

I thought there would be a township around the harbour, but there's not much happening there. The view is pretty incredible though. Very similar to Pittwater in the north of Sydney, the western side with barely any inhabitants.

From Shute Harbour I walked back along the road, heading for the track to Mt Rooper. I didn't really know what to expect, or how far it was, but I followed the road along the water and after a few km's I was entering the Conway National Park.

I had a couple of options on the walk, you could go direct to Swamp Bay, or you could go over the mountain and to a loop. I chose the mountain path, it wound its way up the hill (it's only a few hundred metres elevation, it's not really a mountain) eventually climb to get a view out to the Whitsunday Islands. 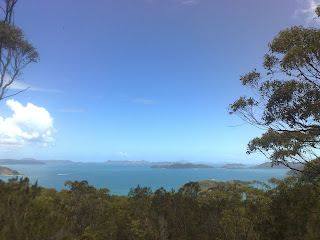 After reaching the summit I headed down to Swamp Bay, I started walking round the rocks in the direction of Airlie Beach, but had no idea on distance, so after a while I turned back. Consulting the map afterwards, this was definitely the right decision.
Posted by Daniel Boyle at 11:39 PM