Getting out of town- Pichilemu 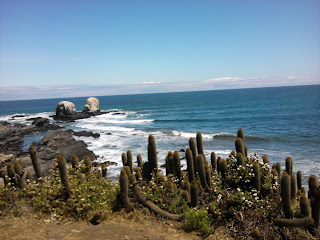 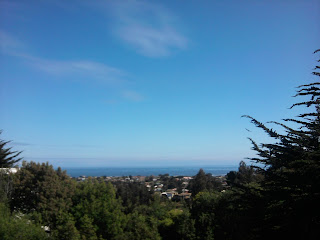 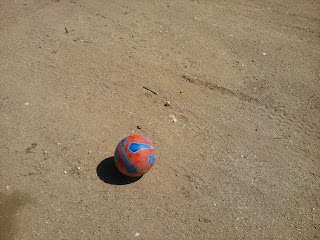 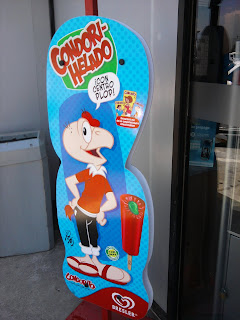 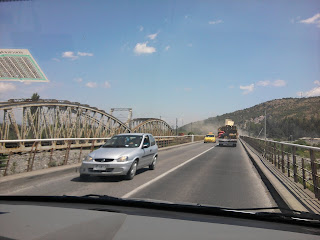 We had the Chilean version of the wedding a couple of weeks ago now. It was a great success and everyone seemed to have a good time. We had 16 of my family come over from Australia, and for the last week Francisca and I have been travelling with Mum, Dad and my sister Alison.

With the help of a set of maps given as a gift from Pablo, we navigated our way through some countryside that I would say not too many Chileans have been to before. The guidebooks were in Spanish, and you might say my Spanish at the moment is "less than reasonable".

Our first stop on the tour was Pichilemu, home to the famous Punta de Lobos surf break. We were joined by Margaret and Mick, my uncle and auntie) and my cousin Bri. They had been living it up in the Explora in Patagonia, which they said was full of American wankers- but I think Pichilemu is much more their style. We actually arrived one day before they did. After a quick surf check we went to check in- the main conversations in the booking were made between Margaret and the bloke that owned the hostel- conveniently neither of them were around...

Apparently we were booked in to another house in the woods above the town, so we drove out that way. This looked very similar to an old neighbouring place back when we lived in Tanja- an ever smaller beach town. Their house was made of mud brick, but this one was a straw-bale house. They had actually done something a bit tricky, and put a picture frame to look through into the straw, so that it looked like a picture frame on the wall. Dad is currently in the process of building a deck, so everywhere we went he was looking for extra ideas, inspiration, and commenting on the types of wood.
We went into the town of Pichilemu itself, and I have to say there was not too much happening there. We had dinner at a restaurant, in which we were the only customers. Of course that meant we had prompt service!
On returning back to the house, it was fairly imperative to get home before dark as the driveway was a bit of a tight squeeze, particularly in our big van. I was walking in front of everybody and I heard a big thud. I looked back and Dad was lying down clutching at his ankle. Having spent the last months on the comeback trail from a badly sprained ankle, I could only think- oh no, not again. We got some Rest, Ice, Compression and Elevation going, but I honestly thought things weren't looking too good, and that the holiday would have been ruined.
We let him retire while the rest of us had a game of Monopolio, Santiago style. The game never finished but I seem to have made an error when dealing out the money, so nobody really had enough to buy the different places. In the morning Dad was feeling much fresher, the trip was saved!
I also played some Footbag, here is a little video
The next day, of course after an obligatory surf check, we met with the others at our hostel, the Natural Surf Lodge. We had our next two nights here, and it was a pretty nice place. We could walk down to the beach, although it was a bit of a surprise to be greeted with black sand!
We had some lunch at a very highly recommended place- Costa Luna. It actually took us a while to find this place, we had some naviagtional troubles along the backroads, which were dirt, but we got there eventually, and we got a seat for all of us- the place looks out over the water. Even though there was a planed surf in the afternoon, we got ourselves some drinks to wash down the meal. My meal was a sirloin beef with risotto, it was excellent, one of the best meals I'd eaten in Chile.
On the way back we got ourselves some bodyboard hire. I was concerned when looking out in the surf, and in a couple of shops it would be a hard mission to accomplish. With my limited Spanish, I negotiated a lower price for a two day hire, because it was later in the day. Apparently Bri went back to the car very impressed- kids can be sucked into anything...
They suggested we try on the wetsuits. Dad got into his, I opted out of the wet wetsuit and told them "she'll be right". We dropped the girls back at our new home, and we walked up the beach to the point.
About halfway along it wasn't seeming to be such a grand idea to walk along there at all, Dad said he would turn around and get the car. This seemed like he was going to give the surf a miss altogether, and I told him, the whole reason we came here was to surf here- we persisted on.
The surf was ok- nothing really to write home about, with a fair few people out. This year I have really had limited opportunities to get in the water, so this must have only been about the third time I actually was on my tabla body all year. Even though the water was pretty cold, it was good to get in. The key problem was my mismatched flippers- neither of them fit. I had one XL and one L and had the painful problem of one too big and one too small.
Once I got out, I saw a very refreshing sight, Francisca and Margaret were waiting for us, with the car. That was great news. Dad claimed a ripper of a wave on the last one he got, he couldn't stop talking about it later in the night. I don't know if Mick was so happy with the surf, he was lucky to get some big surf in Peru last month, and this definitely would not have matched up to it. Still, it's probably best not to go out when it's 10ft + for your debut.
I will continue the story of our trip in the next post...
Posted by Daniel Boyle at 10:18 AM